These markets can be further distinguished as primary or secondary. Primary markets facilitate fundraising through issuances of stocks and bonds. The primary market trades only newly issued securities, usually to companies, governments, or groups of investors.  The secondary market is where all future trades of the security occur – for example, suppose Company A has just gone public. Their IPO constitutes a primary capital equity market transaction: They are trading newly issued equity-securities (stocks) to potential investors. If an investor were to buy the new stock and turn around and sell to someone else, she would do so on the secondary capital equity market, commonly known as the “stock market.” In this sense, financial markets facilitate the fundraising for various entities, whether they be banks and governments through the money market or public companies and individual investors through the capital markets.

In particular, capital markets provide a key bridge between individual lenders and corporate borrowers, raising funds through primary markets via issuances of stocks or bonds and maintaining liquidity and value in the vibrant secondary market. This intermediation between lenders and borrowers is a fundamental function of the financial system in an economy. It is performed primarily by commercial banks and primary capital markets. The key distinction is that capital markets provide direct funding from saver to user via securities, while bank involves indirect funding connecting the saver and user.

In the developed world, financial markets existed for a long time, playing a significant role in stimulating the growth of their respective economies.  On the other hand, several developing countries across the globe lack financial markets. Countries without financial markets struggle to raise capital to support innovative ideas and projects. This, in turn, affects the availability of financial resources and growth for a strong economic framework, and ultimately leaves domestic corporations vulnerable to competitive domination from foreign entities, further stifling economic growth.

A growing economy requires a large pool of financial capital. Business ideas that are long-term or large-scale may be too risky for banks, especially those in developing nations. This is when financial markets are required to raise the necessary funds to realize and implement complex ideas and ambitious ventures. There is a consensus among economists that the development of financial markets can help innovation and economic growth.

Even recently, financial markets have played a pivotal role and jumpstarting the economies of developing companies into the forefront as financial powerhouses. Specifically, the emergence of open and international capital markets in India and China has accelerated their growth, raising the ceiling of their domestic companies by providing them international access to financing through debt and equity. Without these markets, it would be very difficult for Indian or Chinese corporations to have taken a lead role on an international stage among the first-world powerhouses.

Let’s begin with pure cash flows. The inclusion of Chinese companies in the MSCI, the international list of indexes, has resulted a vibrant Chinese capital market, producing equity-based inflows of USD 210 billion over five years, with bonds projected to lure around USD 250 billion in passive inflows over several years (via the South China Morning Post).  This cash has not sat idly by either: it has contributed directly to the country’s GDP. In the case of India, its GDP has accelerated following the financial market reforms of the 1990s. Multiple studies indicate the main driver was their financial markets (via PricewaterhouseCoopers).

As their economies developed, the financial markets played an increasingly larger role in driving India’s and China’s GDPs. An often-overlooked implication of these significant inflows is the renewed confidence they bring to the domestic borrowers and sellers in their own country.  This comes in two forms: first, they alleviate capital outflow pressure. The domestic investors’ desire to diversify in more lucrative international markets abroad had previously resulted in one-way flows out of India or China at the cost of domestic market opportunity. Cash coming has negated the net foreign exchange impact and allowed domestic corporations like Alibaba and Tata Motors to rise to the world’s forefront. Second, inflows like these encourage governments to relax their grips on financial market controls and regulation, allowing for more robust and complex financial markets and thus increased domestic and foreign financial engagement.

As these countries continue to peel back layers of regulation, they have the potential to rival the US as the global corporate and financial hub, as the real winners of this newfound financial freedom are their own domestic companies.  There is a direct link between more open market capitalization and domestic corporate growth.  Stock-market capitalization increased from four percent and 22 percent of GDP in 1992 to 80 percent and 95 percent of GDP in 2010 in China and India respectively. By 2010, 2,063 and 4,987 firms were listed in China’s and India’s stock markets. Their financial systems not only expanded but transitioned from a mostly bank-based model to one that emphasizes capital markets and free investment.

Of course, these capital markets and public domestic corporations are still partially constrained by government probes, emerging financial technologies, and global volatility. Only a few firms have been able to capitalize on this new source of funds and have grown exponentially by doing so, resulting in a less competitive domestic economy. However, in the global scope, these companies can better compete with international powerhouses and produce significant inflow of funds and investment into their home country. Therefore, though imperfect, the relatively new capital markets of India and China have contributed to their rapid ascent on the world stage and will continue to set that up for sustained future economic dominance. Their reliance on financial markets should serve as a blueprint for other developing nations like Ethiopia to follow suit.

The Impact of Organizational Capacity and Logistics on the Development of Nations. 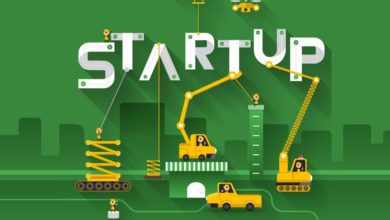 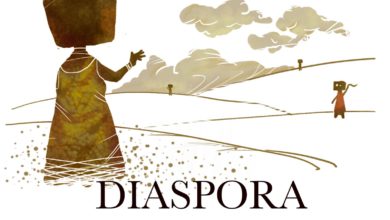 What can Ethiopia learn from Singapore’s environmental protection efforts? 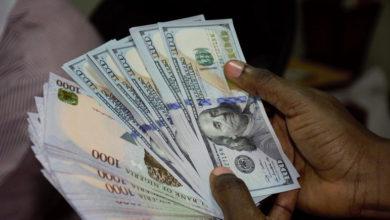