28 Aug 2020, The Nile issue, the need to solve an African problem within Africa.
Samuel Alemu, Esq.
Conflict over water has a long history as intrinsic human history. Mutambo (2020) contemplated that warfare associated with the destruction and protection of a significant water system has long roots tracing back to centuries. Undoubtedly, perennial conflict for vital water supplies is attributed to the rapidly increasing population whose demand for water exceeds supply. In the East and Northern Africa, eleven riparian countries, including DRC, Burundi, Eritrea, Ethiopia, Rwanda, Kenya, South Sudan, Sudan, Egypt, Uganda, and Tanzania share River Nile and its tributaries amid the growing scarcity and demand. The eleven states sharing Nile waters rarely agree on the procedures for using the available water as reasonably and equitably in accordance with an existing international norm. It is particularly acute between Egypt and Ethiopia, who have locked horns for decades over Nile water use.
Egypt-Ethiopia
Egypt-Ethiopia Nile water disputes can be contextualized from the historical, contemporary geopolitical influence and hydroelectric politics (Obengo, 2016). Ethiopia contributes the most significant share of the Nile waters, with its tributaries and Blue Nile (Abay) fetching up to 84% of the River’s total runoff. Despite this significant contribution to the Nile waters, Ethiopia has not utilized this resource for vastly needed economic development. With its rapidly growing population coupled with an underdeveloped economy, Ethiopia is, therefore, determined to maximize its vast potential for hydroelectric power generation through the construction of a Grand Ethiopian Renaissance Dam (GERD) project in River Blue Nile (Abay).

The GERD project will make Ethiopia the hub of the region of power, enabling its 115 million people sustenance. The GERD project is located on the flanks of the Blue Nile, 12 miles from Ethiopian’s border with Sudan, and is expected to have significant economic value to the
country by significantly enhancing Ethiopia’s capacity to produce energy. Egypt is a North African country with a population of nearing 100 million (Lashitew, 2020). Egypt asserts that approximately 96% of Egyptian lands are inhabitable deserts with most of the country’s population living along River Nile banks while others live in the Delta regions leading to the Mediterranean. By implication, Egypt relies on the Nile for its freshwater demands. It is also true that Egypt has substantial groundwater resources that could supplement its water needs. The GERD reservoir is expected to store 74 billion cubic meters of water, and Egypt stands to gain an orderly regulated water supply. In comparison, Egyptian Aswan High Dam already has 169 billion cubic meters of water and the Blue Nile contributes 60% percent of this capacity (Lashitew, 2020).

Therefore, the GERD project will have a limited effect on the water supply in Egypt. However, a 1929 treaty gave Egypt the power to monitor the use of Nile’s water by the countries upstream and to approve of any project on its course. Also, the 1959 Nile Waters
Agreement consolidated Egyptian and to a limited extent Sudan control in Nile’s waters. Ethiopia has not been mentioned in these treaties; thus, Ethiopia justifiably argues that Egypt cannot bar it from carrying on with the GERD project.

Ethiopia’s Position
Ethiopia’s launching of GERD in the 2011 project marked a significant shift in its approach to the Nile river. Ethiopia envisions GERD’s construction will have significant economic benefits that will steer the country towards industrialization. Egypt seeks to secure a binding agreement that will regulate a fixed amount of water flowing into GERD and the process of monitoring Ethiopia’s compliance with the agreement to safeguard water source for its reservoir at Aswan. On the other hand, Ethiopia is determined to avoid any overarching and intrusive agreement that will extend beyond GERD’s filling period. Ethiopia is open to demands for flexibility to allow
periodic reviews of compliance. In 2015, Sudan, Ethiopia, and Egypt signed a tripartite agreement, Declaration of Principles, stipulating that there must be a clear commitment to developing a guideline for filling and operation of the Dam. On February 26, 2019, Ethiopia temporarily withdrew its involvement in the U.S.

mediated negotiation over the GERD project operations and filling. Ethiopia cites favoritism towards Egypt by Trump’s administration as the main reason for quitting the negotiations. Having stalled the negotiations, Ethiopia insists that African Union (A.U.) should lead the negotiation in solving the dispute. The GERD dispute is an African problem and thus requires the mediation of African experts. This position is justified because Nile dispute affects A.U. member states, proving that the Union should responsibly play its crucial role in solving Nile related issues. In addition,
Ethiopia insists Egypt’s resort to external diplomatic support from the United States shows a lack of respect for A.U. and loss of faith in a union in which Egypt is a member. Although it is understandable to have preventive diplomacy to avoid war between Ethiopia and Egypt, African problems require African solutions. A.U. is the proper forum for Nile based conflicts and resolutions. A.U. can transcend narrow national interests and enhance cooperation between the Nile Basin countries. Ethiopia argues that the Declaration of Principles provides that the GERD project was allowed to carry on amid any negotiation and adjustment. Citing proceedings from November 2019, Ethiopia holds Egypt agreed, the former could fill the Dam, and the process could be carried out in phases for seven years (Dessu et al., 2020). Although the two parties did not agree on how them filling process, including the filling speed, would be implemented, it was not reasonable and lacked good faith for Egypt to seek U.S. mediation when Ethiopia was about to start the filling process. Accordingly, the U.S. involvement in the dispute compromises the two parties’ agreement and creates unnecessary pressures on Ethiopia, a significant U.S. Aid recipient. On the other hand, despite immense pressure from Egypt, Sudan has continued to shift its position, especially about A.U’s involvement in the Nile dispute.

Declaration of Principles signed by the three countries about GERD provides negotiation, and construction can proceed parallel. Ethiopia still calls on Egypt to genuinely engage in good faith to ensure all its concerns are sufficiently incorporated in the GERD project’s final filling and operation rules and guidelines. Water supply and demand throughout the Nile Basin is expected to mismatch. Population growth in basin countries, as well as projects, exacerbates the situation. There is an urgent need for sustainable cooperative management of Nile water. The only way out of the current situation is through good faith negotiations based on an equitable and reasonable share of Nile waters.

Ed.’s Note: Samuel Alemu, Esq is a partner at ILBSG, LLP. He is a graduate of Harvard Law School, University of Wisconsin-Madison Law School, and Addis Ababa University. Samuel has been admitted to the bar associations of New York State, United States Tax Court, and the United States Court of International Trade. He is a member of the Nile Club. He can be reached at salemu@gmail.com. 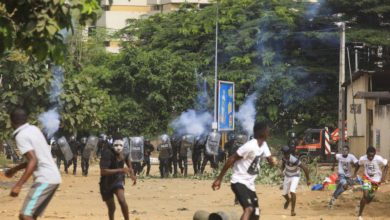 “Nile Negotiations, how Egypt manipulated a superpower, the international media, and public opinion to pressure Ethiopia.” 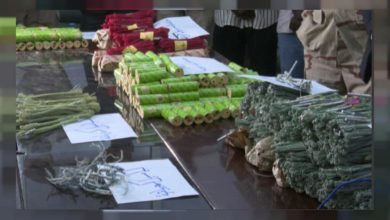